Lileep is an ancient Pokémon that was regenerated from a fossil. It remains permanently anchored to a rock. From its immobile perch, this Pokémon intently scans for prey with its two eyes. It lived on the seafloor 100 million years ago and was reanimated scientifically. It disguises its tentacles as flowers to attract and catch prey. It became extinct in ancient times.

Lileep is a type grass and rock Pokémon that evolves first into cradily. 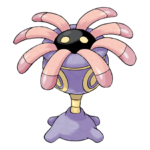 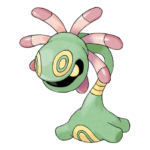 It's possible to hatch Lileep from an egg?

How many CP would Lileep have after evolving?

If you’ve catched a Lileep and you want to know how many points it would have after evolving, use this evolution calculator and find out easily. You just need to write your Bulbasaur CP and then click “Evolve”.

Which are Lileep’s strengths and weaknesses?