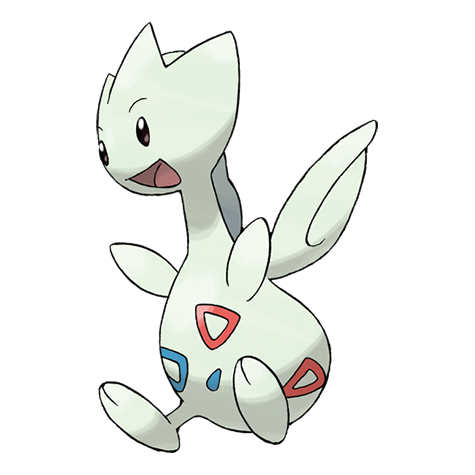 Togetic is said to be a Pokémon that brings good fortune. When the Pokémon spots someone who is pure of heart, it is said to appear and share its happiness with that person. They say that it will appear before kindhearted, caring people and shower them with happiness. It grows dispirited if it is not with kind people. It can float in midair without moving its wings.

Togetic is a type fairy and flying Pokémon that evolves from togepi and into togekiss. 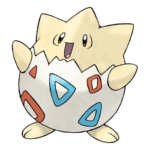 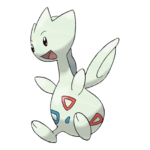 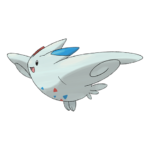 It's possible to hatch Togetic from an egg?

No, Togetic can't be hatched.

How many CP would Togetic have after evolving?

If you’ve catched a Togetic and you want to know how many points it would have after evolving, use this evolution calculator and find out easily. You just need to write your Bulbasaur CP and then click “Evolve”.

Which are Togetic’s strengths and weaknesses?

Togetic is STRONG against...

Togetic is WEAK against...