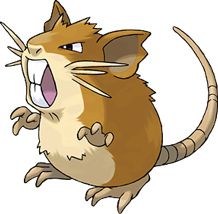 Raticate’s sturdy fangs grow steadily. To keep them ground down, it gnaws on rocks and logs. It may even chew on the walls of houses. The webs on its hind legs enable it to cross rivers. It searches wide areas for food. It whittles its constantly growing fangs by gnawing on hard things. It can chew apart cinder walls.

raticate is a type normal Pokémon that evolves from rattata. 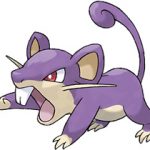 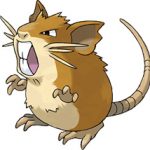 It's possible to hatch raticate from an egg?

No, raticate can't be hatched.

Which are raticate’s strengths and weaknesses?

raticate is STRONG against...

raticate is WEAK against...